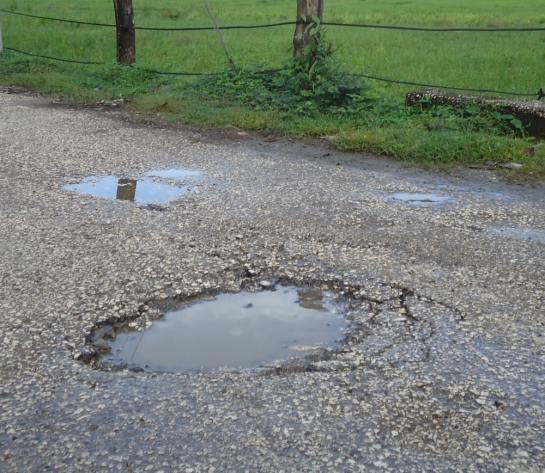 The end of the rainy season in Costa Rica brings clear skies and better driving visibility.  Now, it’s easier to see the depth of the pothole a split-second before it swallows your car.  Each year, the road crews work throughout the dry season – in most parts of the country that means December through April – to repair and repave roads.  The newly graded roads meet the “green season” with firm beds and lastre toppings.  But a few months of otherwise welcome rain tears them apart again, bringing mud to the surface and clumping rocks into huddles masses. Four wheel drive is essential for anything off highway during the invierno or winter (June through October).  By late November, even the once-paved roads are pitted with potholes as big as volkswagons in clusters like pimples on a 13 year old. 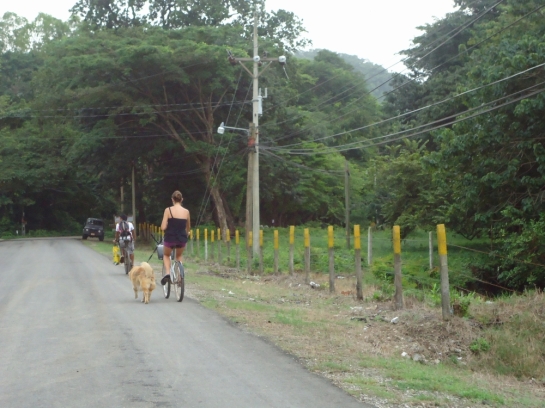 Sunny skies bring other driving hazards as well.  Pedestrians, in groups of 6, spread out across the roadway, terrifying drivers at dusk – not a white shirt among them.  Bicyclists, with a surf board tucked under one arm and a baby clinging to the handlebars, never have reflectors.

The village of El Torito, east of Samara, is particularly treacherous.  Chickens dominate the roadway – they’re eating bugs instead of crossing as they should.  Watch out for puppies sleeping on the warm pavement.  There are always babies and abuelas (grandmothers).  Once we came around a corner in the dark to find a family in lawn chairs sitting in a group along the edge of the road.  As my brother pointed out, “It’s the only flat ground in the country”. 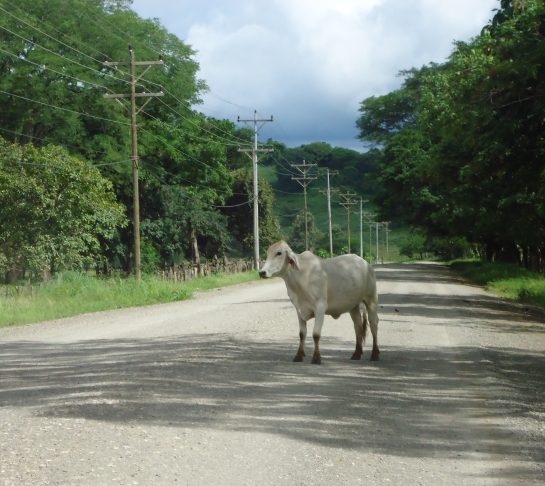 But the most common driving hazards are always the farm animals grazing along side or standing in the middle of the road.  The cows are big and the horses kick back.  Either one will put a damper on your evening, so be careful.  Watch those curves and be prepared to stop quickly.