Nature, Play - things to do in Samara
6 Comments 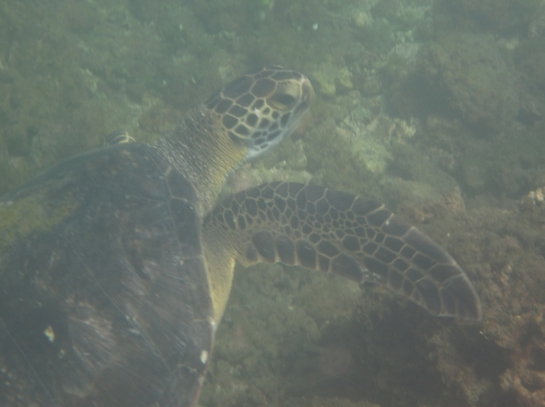 These reef photos were taken by my sister on a recent beach snorkeling adventure.  Better than swimming in an aquarium, we saw lots of tropical reef fishes, and other reef animals.  Since I was barefoot, the eels made me a little uneasy.  That’s the last time I forget my water shoes.  But the turtle sighting made up for any discomfort. 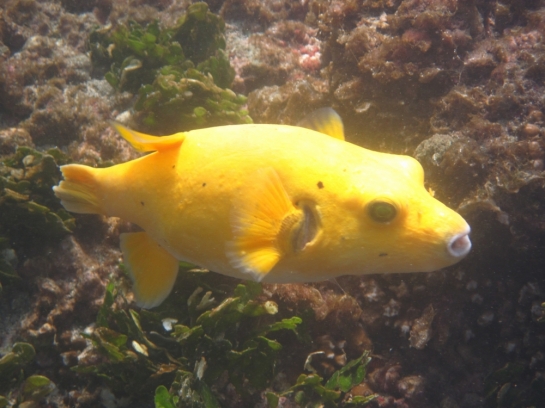 We headed out about an hour before low tide from Cangrejal, the village at the west end of Samara Beach (just minutes from our house in Costa Rica) . We walked out along the sand and rocks until we found a good-sized protected pool about 50 meters across, less than 2 meters deep.  (Sometimes there’s no pool and we just hobble into a shallow canyon and let the sea take us where it will.)  This day the tide was exceptionally low and the Samara weather was clear.   At slack water, the bay was calm and the visibility was so clear, we could see for twenty feet or more.  The sun was bright, which made for taking great pictures.  We stopped to watch the pelicans fishing off the reef.  In fact, there were a lot of birds about that day, so we knew the snorkeling would be good.  We were not disappointed.

Later, I compared Janna’s pictures of fishes with an on-line dive guide – I think I’ve got most of them right.  But you’ll have to make a visit to Costa Rica and Samara to be sure.

All photos © Janna Nichols and Sandy-Shorts, 2012. Unauthorized use and/or duplication of this material without express and written permission from this blog’s author and/or owner is strictly prohibited. Excerpts and links may be used, provided that full and clear credit is given to Janna Nichols and Sandy-Shorts with appropriate and specific direction to the original content.