Nature, Plan B - retire or retool in Costa Rica
Leave a comment

My uncle treated me to a helicopter ride last week. And I had the better view.

He was med-evacuated from Samara to Hospital Clinica Biblica in San Jose, where we spent a week.  After surgery, he’s home again and doing fine.

But, let’s get back to the flight. We headed (a little north of) east from the football field in Samara, crossed the peninsula and the Gulf of Nicoya, skirting Puntarenas and then headed through the hills towards the Meseta Central. We veered a little south as we approached San Jose, crossing the new highway and hugging the hills above Santa Anna and Escazu. We then re-crossed the river to land at the airport in Pavas.

Do I have to tell you that the view was gorgeous? As we climbed  and left Samara, I caught a quick glimpse of my own house and Casa Mango and Casa Papaya.

picked out a few neighbors’ houses. Then I sat back and tried to understand the geography of this place where I’ve been living and exploring for nearly 6 years. Steve loves to just head up a dirt road to see where it leads and how far we can get in our 12-year-old “Stretch” Kia. I tried to recognize the villages as we passed them but so many look-alike. The typical Tico village is a scattered line of houses on both sides of a road that follows a ridge, with mango orchards or coffee plants descending behind the houses. There’s always a church and a football field somewhere in the group.

I was surprised by two railroad stations along the old tracks in the hills between Puntarenas and the capital – even more surprised to see a couple of train cars moving on the track. The track isn’t far from the new highway so I’m going to watch for it next time I make the drive. 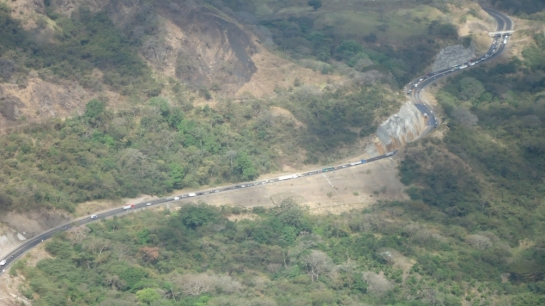 Most of the trip was steady – not much wind and not much up and down. We cruised mostly between 2300-2600 meters. But there was one peak on the peninsula that forced us to climb another 900 meters and there was a house sitting smack dab on top. Whenever I see a house like that, poking the sky from the tip-top of an otherwise gorgeous mountain, I am reminded of Frank Lloyd Wright’s quote that goes something like, “Build in the hill, of the hill – not on the hill.” I have to agree.  It looks really out of place.

I was so busy looking at the scenery that I barely remembered to check out the dashboard. My uncle, of course, asked me questions that I couldn’t answer.  Like I said, he didn’t have the best view.  He didn’t even get a seat.  But he got “candy” most of the way.

The ambulance met us at the airport in Pavas. It took longer to get through town to the hospital than the helicopter flight. But the hospital is building a new parking structure with heliport so it should be even easier next time. 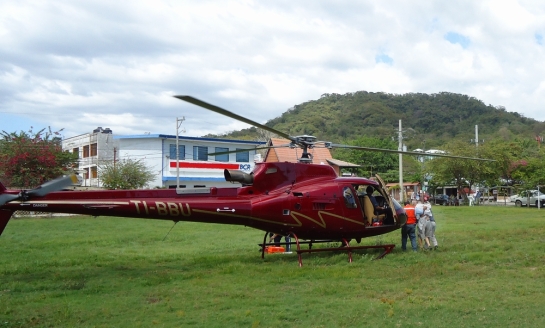 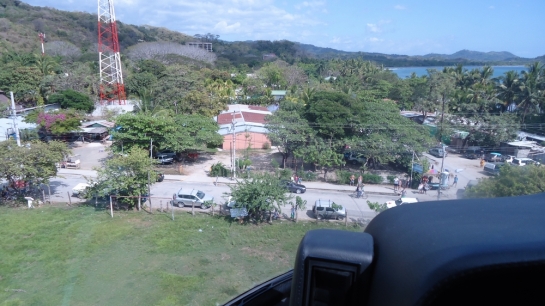 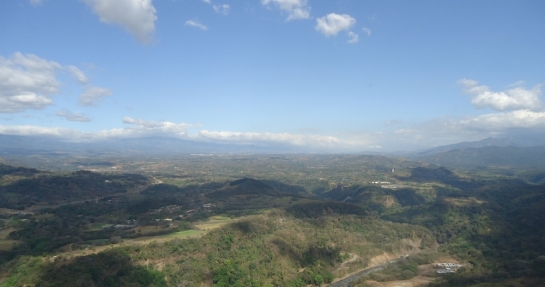 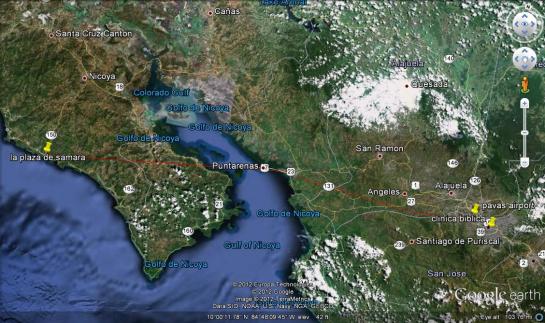 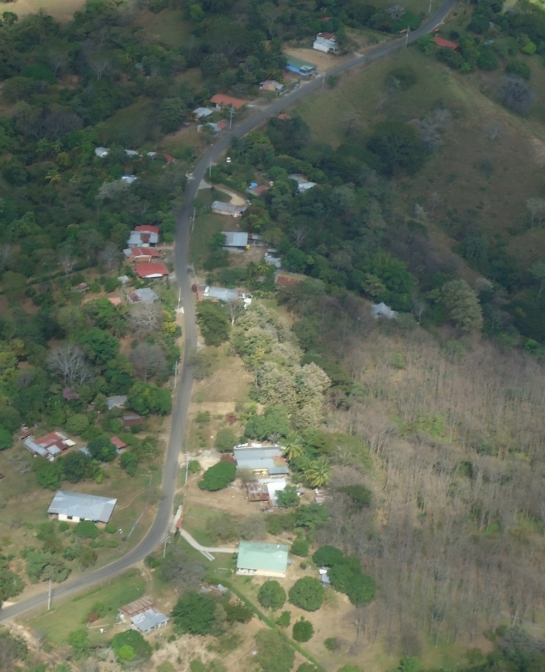