Nature, Play - things to do in Samara
2 Comments 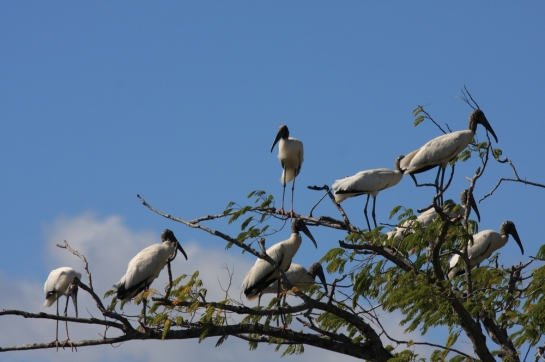 Palo Verde is definitely for the birds.  The first time Steve and I visited the wetland, we identified 37 different species of pajaros.  The National Park is the home of the giant Jábiru, found only in Costa Rica and whose nests are about a meter and a half wide.   Palo Verde stretches from the banks of the Rio Tempisque, surrounding the huge lagoon where thousands of birds roost and feed, to border the inland rice and sugar cane fields.  Steve and I have visited the park a number of times and each tour is different.   The first time, we stayed two nights and identified 37 species of birds.  The lagoon was full of water and the edges were lined with birds fishing for supper.  The next time we visited, late in the dry season of a drought year, the open water was smaller and an invasive grass was encroaching on the lagoon.  We didn’t see nearly as many birds, but the dry conditions had brought a lot mammals down from the hills to drink.  We saw three kinds of monkeys, coatis, white collared peccaries, agoutis, and white-tailed deer.  One afternoon we encountered a Capuchin daycare center and spent about a half hour sitting in the grass watching about 20 little black and white monkeys rough-housing under the vigilance of the troop.

When my sister visited in early December, I knew she would enjoy the bird-watching – she loves to take photos –  so we headed out at mid-day.  Palo Verde is about 3 hours from our vacation rentals and we wanted to arrive before dusk.  The last twenty-seven kilometers of dirt road connects the park to the Pan American Hiway.  We were rewarded with flocks of Wood Storks and Roseat Spoonbills before we even reached the park.  After checking into our room, we headed straight for the muelle, the wooden pier that sticks out into the wetland.   After a wet “green season”, there was clearly lots of water but we were disappointed that the invasive grass was obscuring the open water.  We could hear the birds tucked into the grass but we couldn’t see much.  Dusk approached and the flocks continued to land and disappear into the grass.  The ranger told us to come back in January or February when, as the water recedes, the tractor can get in to mash down the grass.   As we headed back to the station for dinner, several small furry creatures crossed the road, in search of a drink. 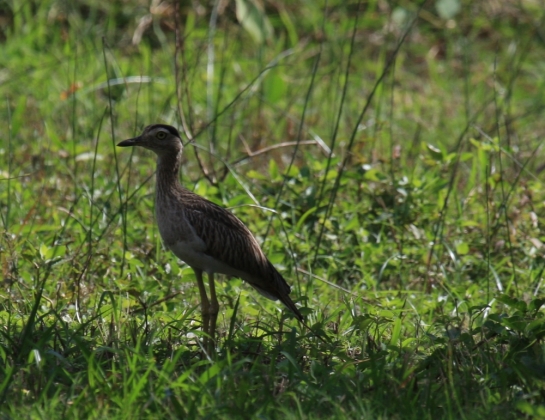 I have always stayed at the park “ranger station” and been very comfortable.  It’s a step up from camping, in screened rooms with mosquito nets. The meals in the comedor are simple but plentiful.  There is also accommodation at the Organization for Tropical Studies, also within the park, for a lot more money.  I can’t see that the rooms are much better.  Neither place is a hotel but there’s really no choice.  To see the birds, you have to stay inside park so you’re there at dawn and dusk.  For either the ranger station or OTS, you should make reservations.  The ranger station fills up with Ticos on weekends and holidays and the OTS often has foreign study groups that can take all of  their beds. All photos by Janna Nichols. 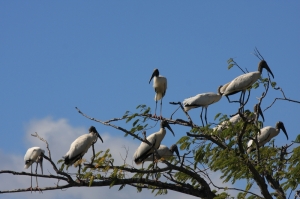 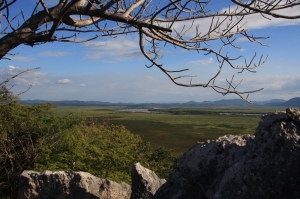 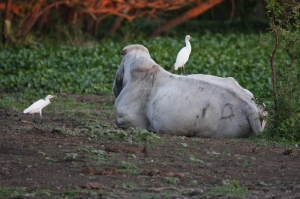 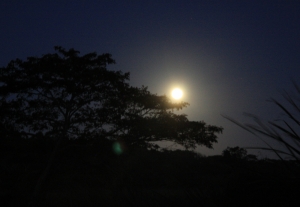 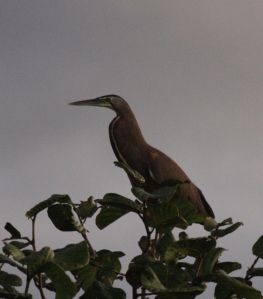 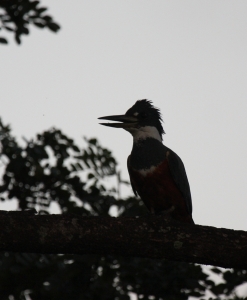 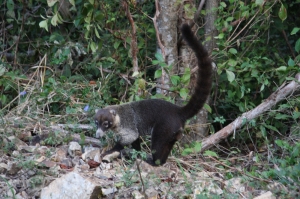 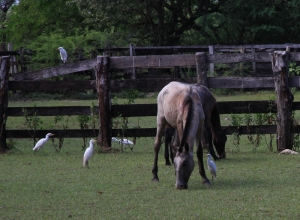 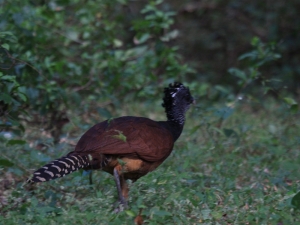