Day Trips from Samara, Nature, Play - things to do in Samara
6 Comments 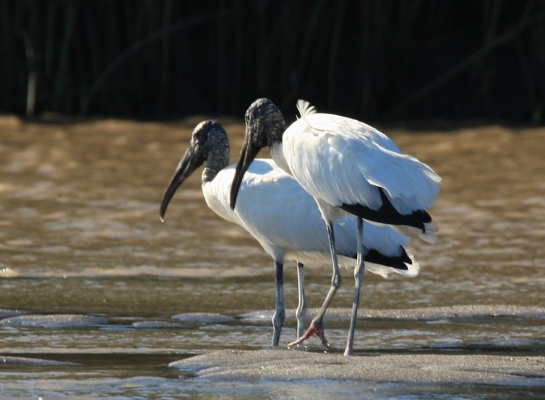 The Rio Tempisque and its tributaries are home to a multitude of Costa Rica birds, some migratory and some residents. - Wood Storks

I recently booked an early morning wildlife tour on the river with my visiting sister. 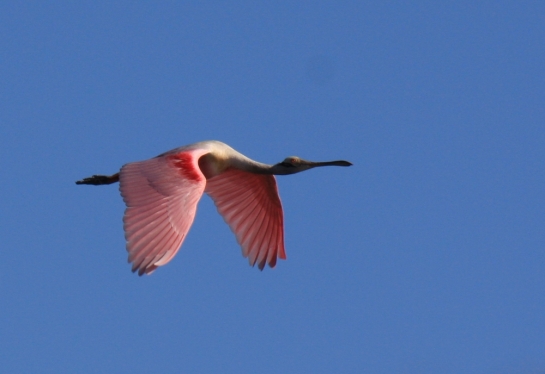 We were richly rewarded. - Roseat Spoonbill 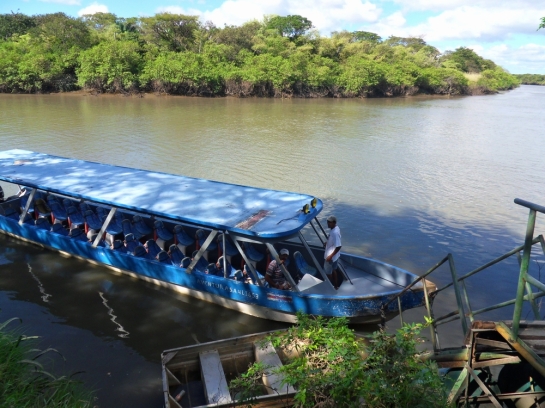 The boat could’ve seated about 20 but we shared it wiith only two young German women. 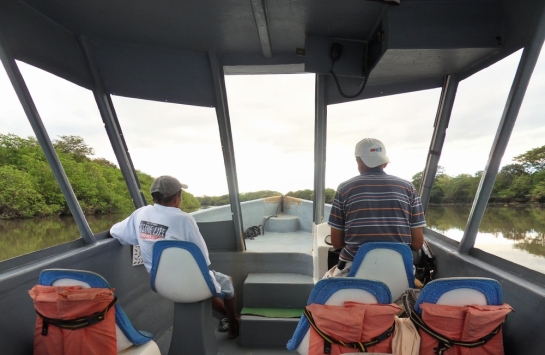 There were comfortable seats and life jackets available.

Carlos, the driver and guide, spoke some English. - Great Egret

While Jorge was the spotter with a great eye. - Double-striped Thick-Knee 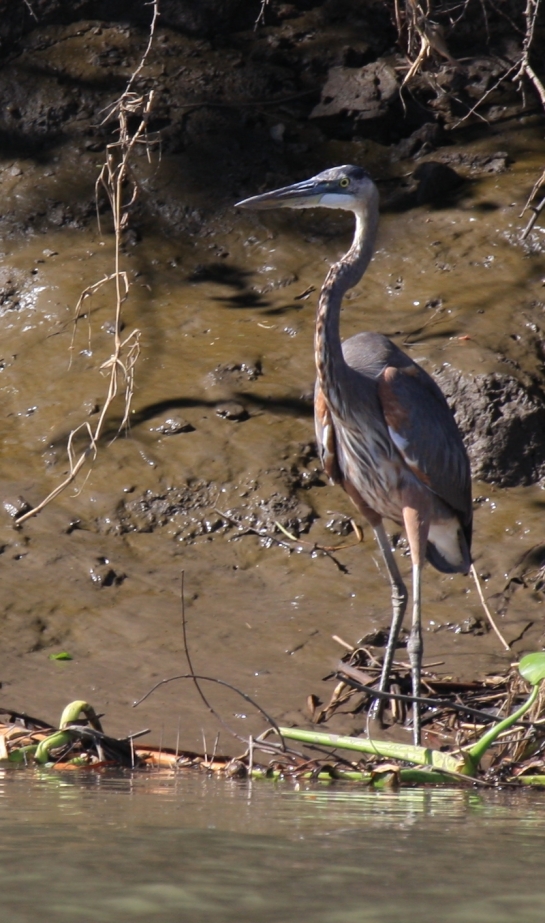 But after living here for nearly 6 years, I have pretty good eye, too. - American Bittern 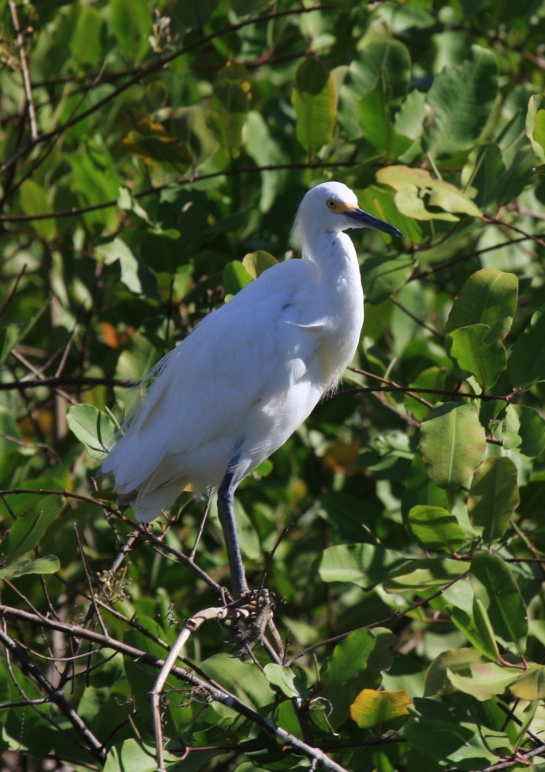 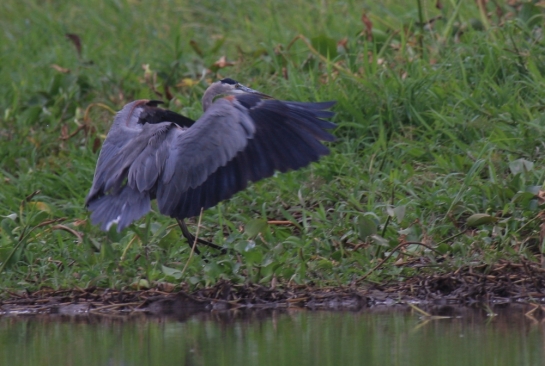 The Rio Tempisque dumps into the Gulf of Nicoya. - Great Blue Heron 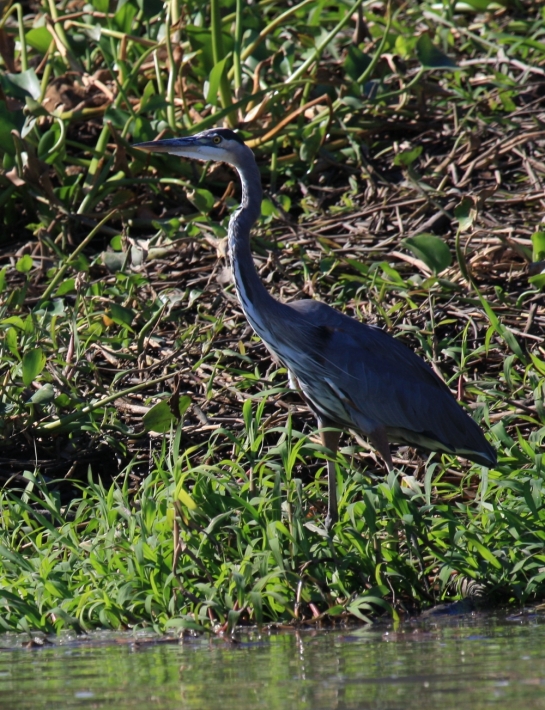 Cutting the Nicoya Peninsula off from the mainland of Costa Rica. - Great Blue Heron

Thus, it is tidal where we were touring.

At low tide, there are mud flats and bars, which provide great fishing for the birds. - A pair of Black-crowned Night-Herons 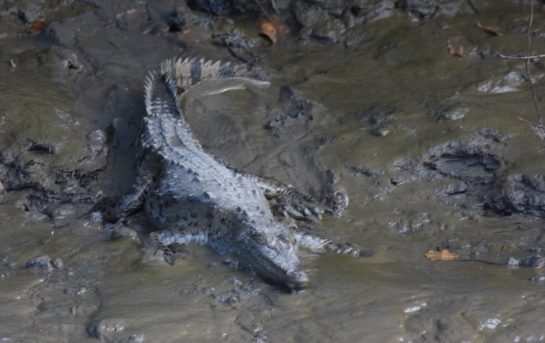 And nice sunbathing for the crocodiles. - Crocodile 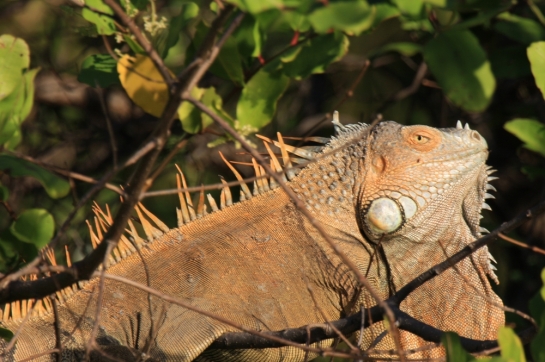 Soon after we left the dock, Jorge was pointing out a Baltimore Oriole off the right side of the boat. - Male Green Iguana in mating colors 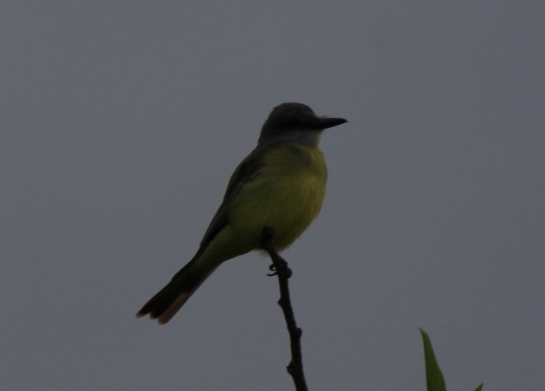 He described as “small and red”. - Ochre-bellied Flycatcher?

On the other side of the boat, Janna was yelling, “No. It’s big”. - Great Blue Heron

Instead of arguing, Carlos turned the boat until we all saw the pair of Scarlet Macaws –los Papagayos - high in the trees.

They’re not common in Guanacaste anymore but their populations are getting stronger. - Pair of Little Blue Herons

Our destination that morning was the Isla de los Pajaros – Bird Island – a protected nesting sanctuary which is popular with many species.

The sight was overwhelming because of the numbers of birds there.

At first we saw the flocks and pairs flying over, nest materials in their beaks. - Wood Stork

As we approached, we became aware of the stench - Wood Storks

which is the consequence of a mountain of guano on the forest floor below the nests. - Wood Stork nest

hundreds if not thousands of nest builders - Roseat Spoonbill

And more than a few fishermen along the shore. - Yellow-crowned Night-Heron

or at the pueblo of Puerto Humo, - Common Tern

about 40 minutes north of Nicoya

Make reservations for early in the morning for the best bird watching. - Bare-throated Tiger Heron

Anyone recognize this bird? 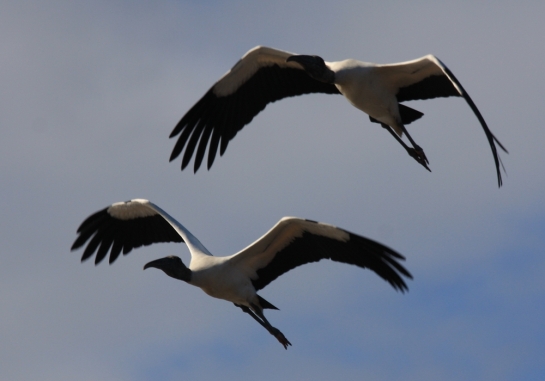 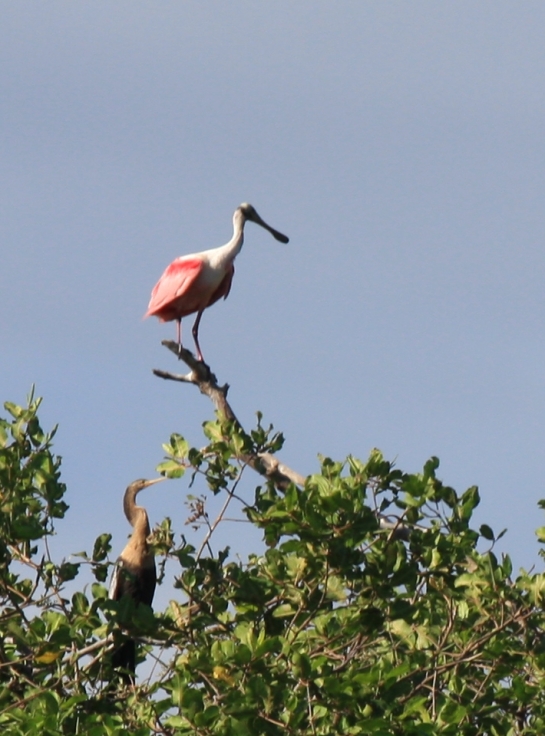 All Photos copy-righted by Janna Nichols.