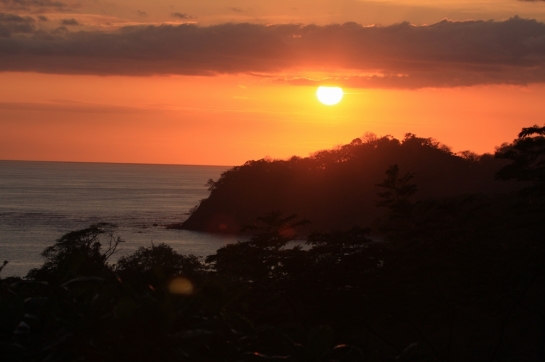 Since leaving our day jobs, Steve and I both feel a bit extraneous. We’re no longer movers and shakers. We’re barely relevant. Nobody cares what we think. Our votes don’t matter. But occasionally we’re useful. Today I provided a safe harbor, shelter from the storm.

This afternoon, 85 year old Blanche, who had stayed in Casa Papaya several weeks earlier, showed up at my gate. She was delivered by a Tico family that had collected her wandering soul from the beach. They were really the nicest people. They had a baby. Blanche had been on the beach where her daughter had left her, installed on a lounge chair in the shade. Shirley went off to do some internet work. Blanche went to cool her feet off in the ocean.

They had fed her lunch - soup and crackers – lovely people. But she doesn’t speak "French" so it was difficult to talk to them. She couldn’t explain that she was okay. She did have a little scratch on her leg from her fall. Did I mention that she was barefoot? No wallet. No ID. But she had a good hat and carried two walking sticks. 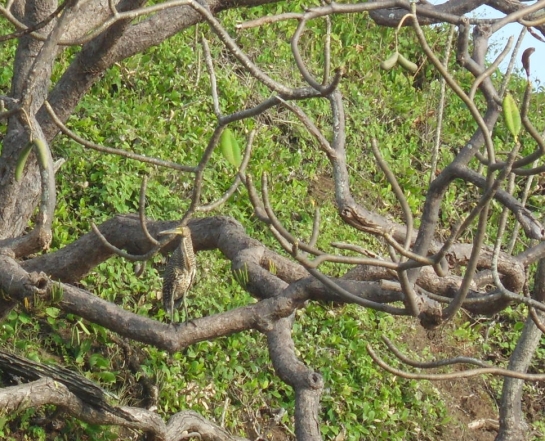 Shirley and her mom had stayed with us for six weeks in Casa Papaya, having left to spend some time north of Samara with friends in Nosara. I knew they had planned to return to Samara, although they were no longer staying with us because both houses were booked. I was pretty sure I knew where they were sleeping. 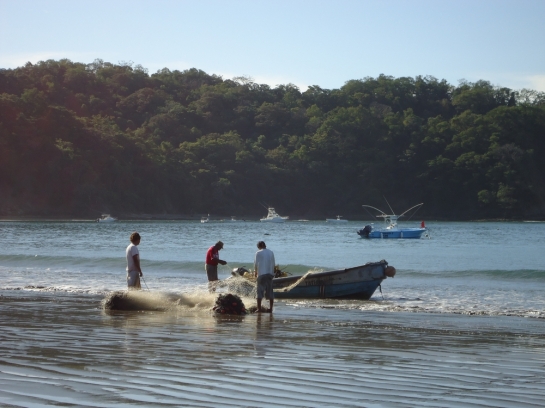 But Blanche didn’t know where the new place was. She knew Casa Papaya and in her fog and intermittent anxiety, she felt it refuge enough that that’s where she told the “French people” to bring her. Casa Papaya was safe enough that she wanted to return here and just sit on the terrace until her daughter found her.

Instead I drove her to the police, who recognized our approach and greeted us on the sidewalk. Yes, her daughter had been there. She was making another tour of the village and would return soon. I parked in the shade, bought a bottle of water at the pulperia next door, and we waited.

When Shirley drove up, she demonstrated an understandable mix of relief and exasperation. “Didn’t I tell you not to move?” But I loved getting a peak at their relationship. “Mom, I thought you’d pulled a Thelma and Louise”. “No, but next time you should pin a note to me saying “If found, please dispose of properly”. They were both laughing when I left them.

I feel so gratified that I could be part of Blanche’s big adventure, helping to reunite her and her daughter, parted for a few anxious hours. Casa Papaya had been her home for a few weeks and still felt like a refuge.